Mounira Al Solh “Embroidering a monument to women’s stories and sorrow”, — Interview with Juliana Halpert | via Artforum, May 3, 2022

“Growing up in Beirut during the Lebanese civil war, Mounira Al Solh witnessed firsthand the ways in which war and conflict upend all aspects of life and wrench a region’s sense of history from its own hands. For “A day is as long as a year,” on view from April 9 to October 2 at the BALTIC Centre for Contemporary Art in Gateshead, England, the Beirut and Netherlands–based artist invited over thirty women to plumb their own personal heritages in order to collaborate on a prismatic display of their own traditions and contemporary realities. History may be written by the victors, but its most powerful tales are so often told by its survivors.” (–Juliana Halpert via “Mounira Al Solh: Embroidering a Monument to Women’s Stories and Sorrow”, Artforum.com, May 3, 2022) Abhijan Toto on Sung Tieu: Everything or Nothing at Sfeir-Semler Gallery Hamburg | Artforum, May 30, 2022

"The first thing you noticed on entering Sung Tieu’s solo exhibition “Everything or Nothing” was the sound. It occupied the space like something physical, growing louder and louder, both drawing you in and repelling you. It was a speculative reconstruction of the sonic weapon that allegedly causes the unexplained symptoms known as Havana syndrome, reproduced for Tieu’s Moving Target Shadow Detection, 2022, a Frieze Artist Award commission." (–Abhijan Toto via Artforum, May 30, 2022) "Sung Tieu is one of the most inspiring artists I know. Born in Vietnam and raised in Germany, in her work she accumulates, superimposes and contaminates objects, sounds and images creating factual, fictional, plausible and possible narrative layers until they become inseparable from one another." (–Jacopo Crivelli Visconti via "Jacopo Crivelli Visconti’s Top 5 Works on Frieze Viewing Room", Frieze.com, May 17, 2022) 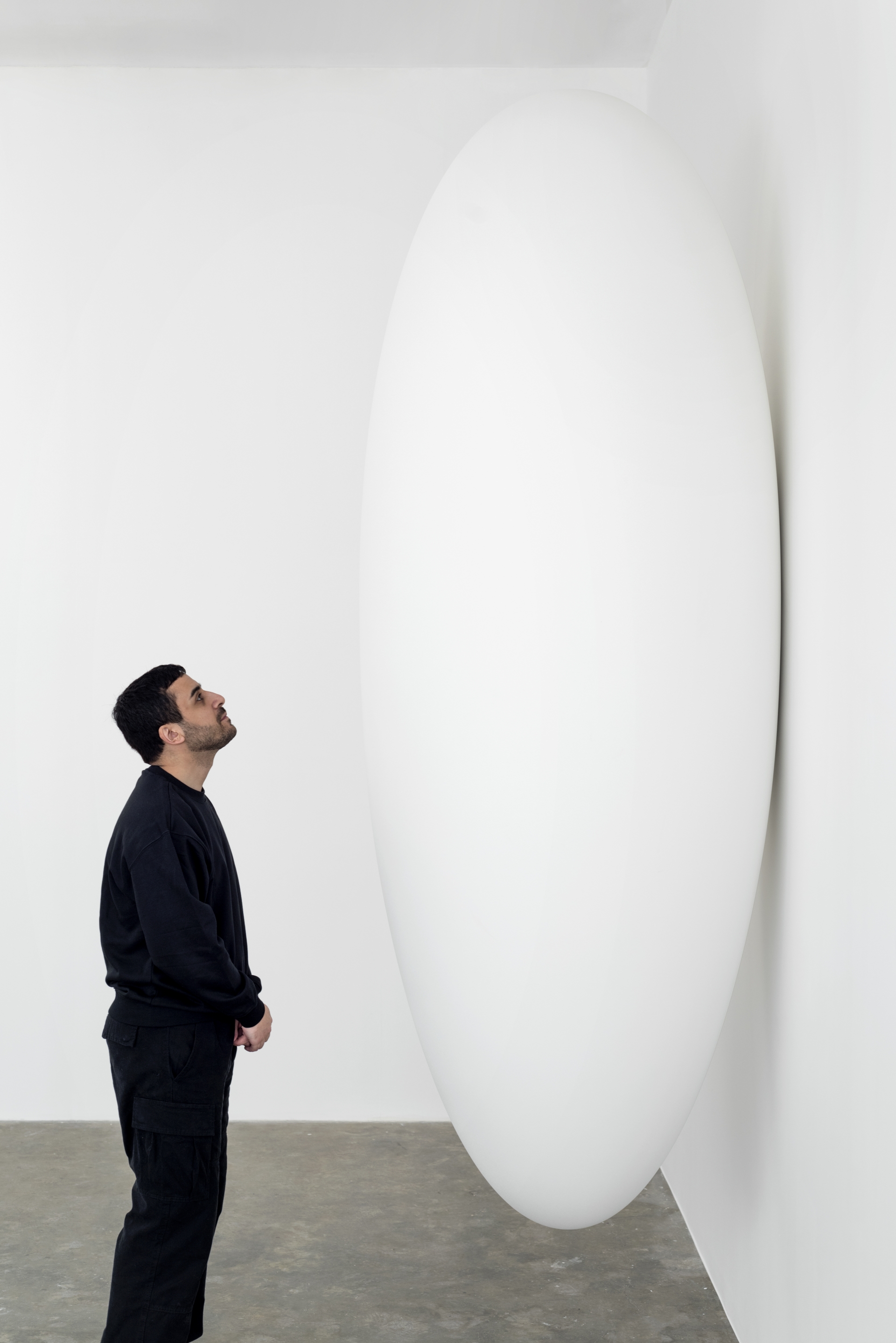 "Weather has a way of setting a tone. The day is crisp and bright as I make my way along the tree-lined Brooklyn block where Franco-Moroccan artist Yto Barrada keeps her studio, an airy atelier flooded by sunlight. Soon enough, we’re discussing the elements: the artist’s Massachusetts Museum of Contemporary Art (MASS MoCA) solo show, Ways to Baffle the Wind, considers the modes through which humans relate to the natural world, from early childhood pedagogies that emphasize plant identification to powerful solar simulators used to weather-test fabric." (–Cassie Packard via BOMBmagazine)

"Artist Lawrence Abu Hamdan is a ‘private ear’ who investigates the intersection of sound and politics" | q with Tom Power, Radio Interview via CBCListen, aired April 4, 2022

"Lawrence Abu Hamdan is a Turner Prize-winning artist based in Beirut who’s known for his provocative sound installations. His latest project, 45th Parallel, explores how arbitrary international borders can be. It’s his first Canadian commission with the Toronto Biennial of Art and it’s on display now. Hamdan spoke with Tom Power about the project and how sound connects to his past as a punk musician." (via CBC) "What to See in Europe this April" featuring Rabih Mroué's solo show at KW Institute of Contemporary Art | via FRIEZE on April 1, 2022

"From the day the Lebanon War started on 12 July 2006, until the day Michel Aoun was finally appointed president on 31 October 2016, after more than 30 inconclusive elections, Beirut-born artist, director and playwright Rabih Mroué kept a unique diary of events in his home country." (Carina Bukuts via FRIEZE review "What to See in Europe this April") "Rayyane Tabet’s art is present all across the Whitney. It’s in the stairwells that connect the floors of the Biennial together, on its facade, and even on the glass wall of a third-floor staff conference room. In these pieces, fragments of text pose succinct questions: “What did the Emancipation Proclamation do?” “When do we celebrate Independence Day?” “What is the political party of the President now?” These simple queries give way to nuanced answers." (via ARTnews) "Walid Raad deals with the wars in Lebanon and their effects on the mind, body, community and culture of memory. It is important to look closely, because in his art a second look is crucial." Kassandra Da Silva on Walid Raad's current solo show at Kunsthalle Mainz via Schirn Mag.

Walid Raad: "We lived so well together"
Kunsthalle Mainz
On view until May 15, 2022 Our booth at this year's Art Dubai 2022 was selected as a highlight by Rawaa Talass for Arab News. On the occasion of the group show "Geometrische Opulenz" at Museum Haus Konstruktiv, Timo Nasseri and Sabine Schaschl talk about the artist's use of the so-called razzle-dazzle patterns, a camouflage painting used for boats in World War I that was intended to make it impossible for the enemy to determine their position and course. "Why Rabih Mroué Seeks to Complicate our Perception of Reality and Truth" | Carina Bukuts in FRIEZE on Rabih Mroués solo show at KW Institute of Contemporary Art, Berlin | March 21, 2022

On the occasion of the artist’s first solo exhibition in Berlin at KW Institute for Contemporary Art, Carina Bukuts writes about his 20-year practice of deconstructing the image politics of war
Read here