But the trees kept voting for the axe. 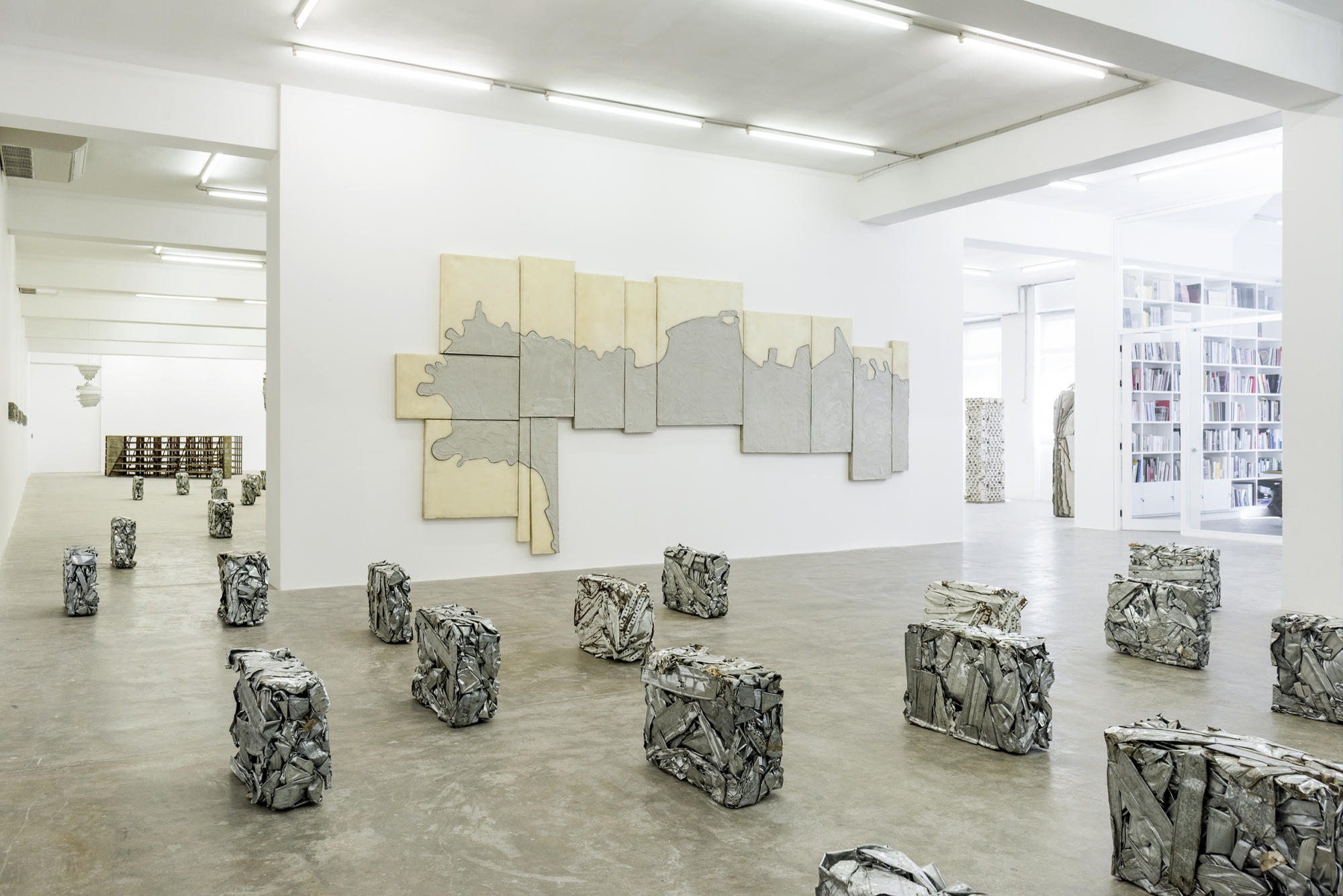 "The forest was shrinking but the trees kept voting for the Axe, for the Axe was clever and convinced the trees that because its handle was made of wood, it was one of them."

Sfeir-Semler Gallery is enormously proud to announce the reopening of its Beirut space with Marwan Rechmaoui’s solo exhibition. Despite the severe economic and political crisis we are going through in Lebanon since October 2019, despite the August 4th, 2020 blast that destroyed hundreds of lives, and wrecked our space, despite the sanitary crisis that has brought the whole world to a halt, despite it all, we resist, in pursuit of our mission to promote the city’s brilliant cultural scene and to offer the world a window to look through.

Marwan Rechmaoui is a conceptual sculptor who works predominantly with concrete, metal, found materials, textile, rubber and wax. Throughout his career he has produced work related to, or based on, the sociogeographies of cities, often focusing on Beirut. In the wake of last August’s explosion, he started working in the rubbles of the gallery space, determined to preserve vanishing moments by embedding them into solid material. He produced works that reflect on a decaying political system, and on the thousands of disoriented desperate Lebanese that fill the streets of the city. This new body of works responds to the ongoing Pillars series which he started in 2014. While clearly referring to rotting foundations, or decaying abandoned structures, the roughness of the work is often lightened by a touch of humor or an unexpected poetic insert.

In a drawing cabinet, the artist presents his personal diary that chronicles on notebooks and drawing paper thoughts and images about daily news, events happening around him, music, his garden.

The exhibition also presents the most recent addition to the Buildings series, The Coop, reproduces to scale the abandoned Raouché Market, the steel and cement incomplete structure that still stands in the south of Beirut. It is the result of a joint venture started by 575 vendors who had to evacuate their stalls and kiosks on the waterfront in 1982, after the Israeli invasion. The construction of the 600-unit large indoors market was halted in 1986.

Beirut by the sea is one of Rechmaoui’s wall sculptures showing an aerial view of the city’s coast. Following the city’s districts that he mapped multiple times, the work is composed of 13 pieces, each representing one of the 13 coastal boroughs in solid concrete, another reminder of the corruption that has robbed people of beachfront public spaces, invaded by landfills or private resorts.

Systematically cataloguing buildings, streets, sites and unfinished structures, Rechmaoui examines the traces of recent and ancient historical moments. His interest in the making and construction of cities brings forward complex questions around the formation of multi-cultural identities, and mirrors socio-political structures through themes of urbanization and contemporary demographics.

Marwan Rechmaoui’s Beirut by the Sea maps the Beirut coastline, looking at the city’s shores on the Mediterranean Sea. Responding to his extensive research on the city of Beirut, which has informed some of his iconic works such as Beirut Caoutchouc, 2004; the artists looks at the boundaries of the city, the exact point where the land ends and where the sea begins.

Following the city’s districts that he mapped multiples times, the work is composed of 13 pieces, each representing one of the 13 coastal boroughs. Ever reflecting on the harsh urban tissue of Beirut, Rechmaoui represents it with solid concrete, that stands against the natural fluidity of the beeswax sea. In between these two contrasting elements, the shoreline is traced in brass, bent to follow the sinuous coast and solidify the natural border. The map created might be different from old maps of the Beirut coastline, and reflects on the expanding city that has slowly crept onto the waters. It also presents a city that has been robbed of its public spaces, as the vast majority of the natural waterfront has been either replaced with private upscale resorts, or polluted by landfills and sewers. Beirut by the Sea embeds many historical, geographic, environmental, and socio-urban narratives that are central to Rechmaoui’s work.