In Moulage, fragments of clay mouldings commonly used in interior decoration are composed into a mural that read like the score of the sound piece playing in the same room. 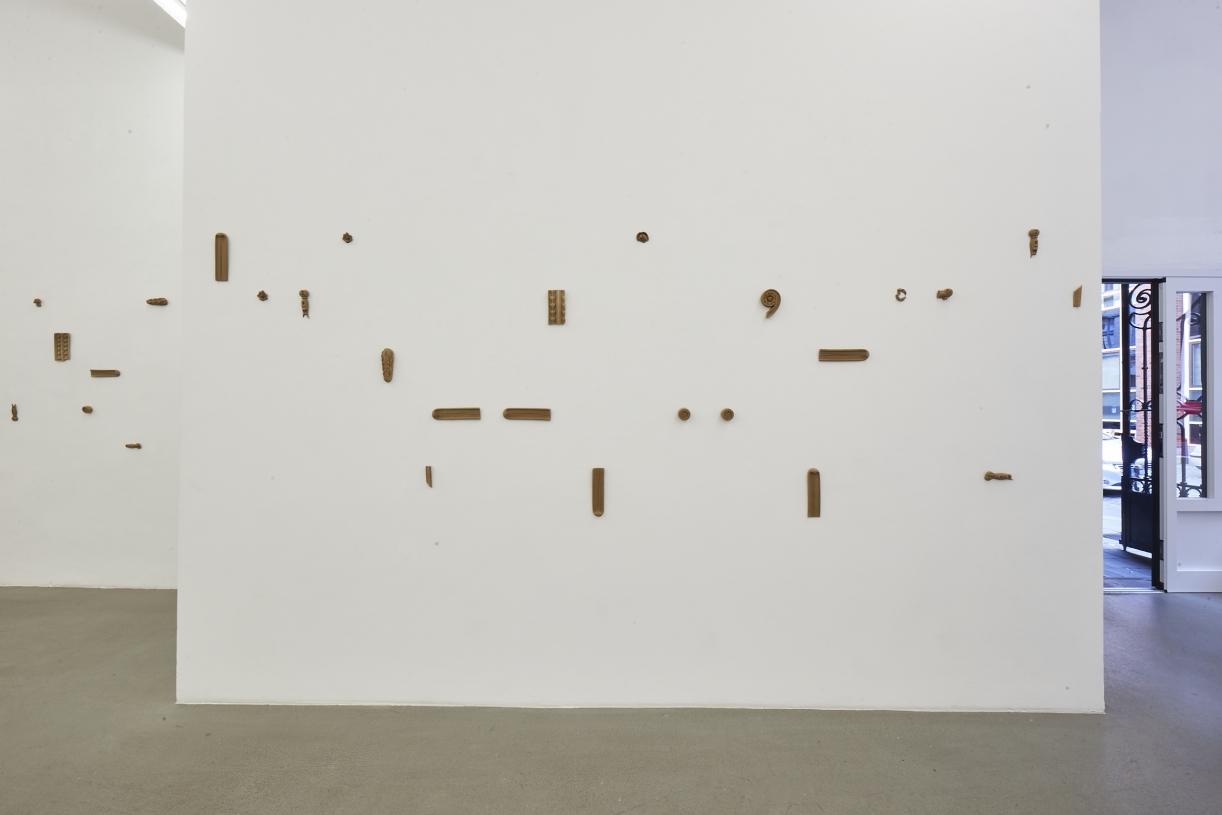 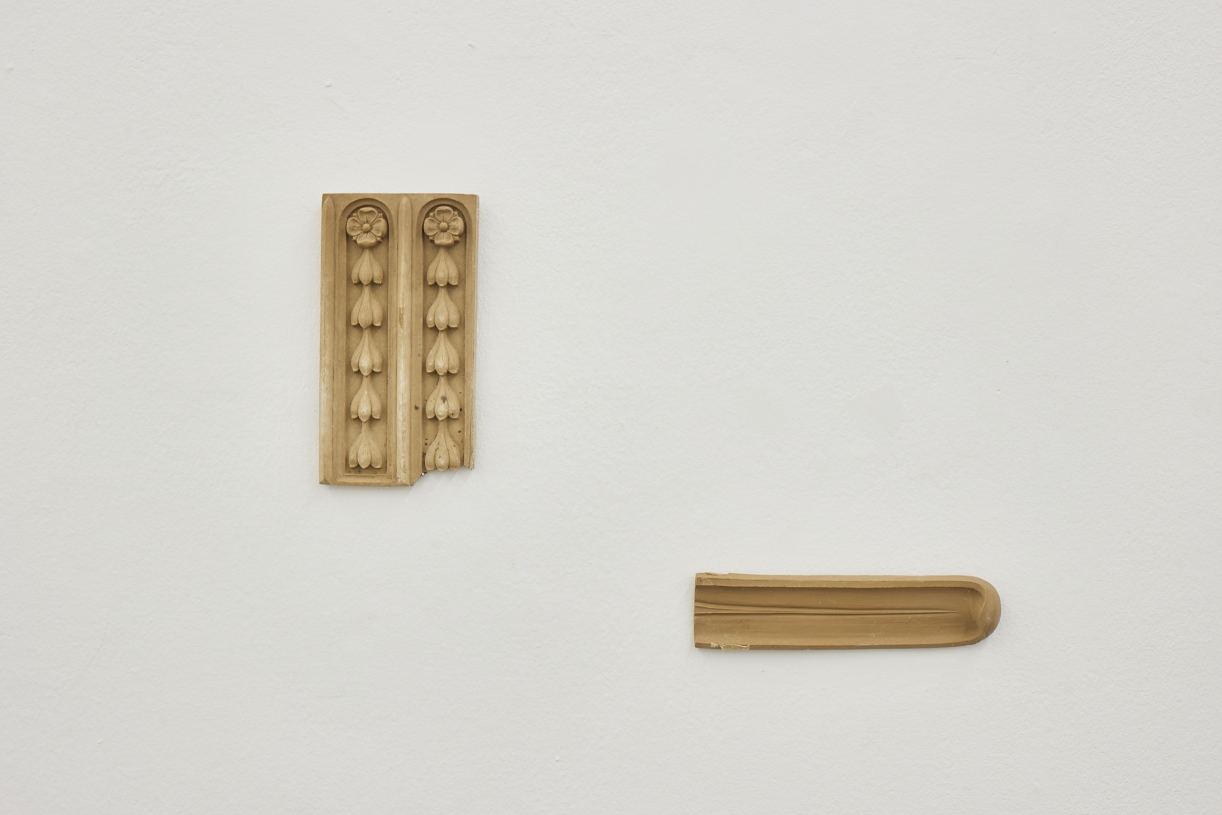 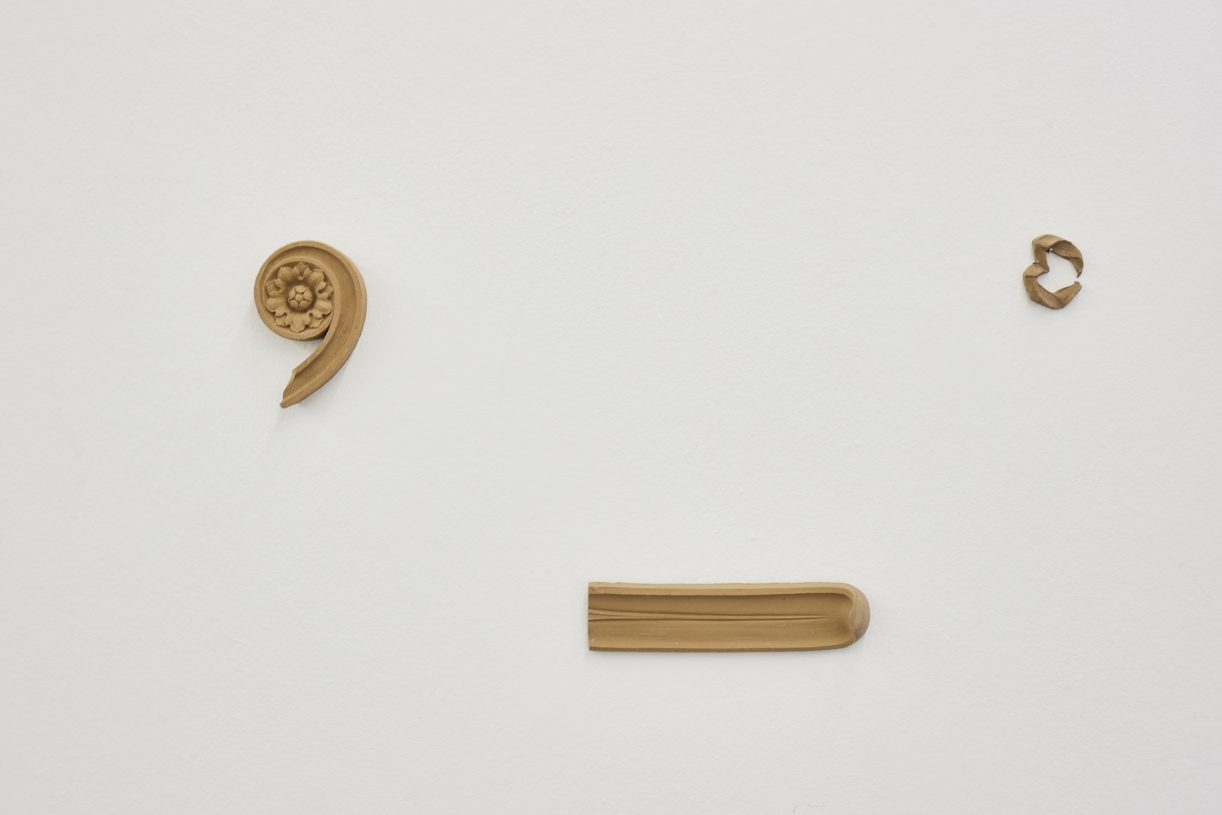 FRAGMENTS centers on Max von Oppenheim’s archeological dig that took place in Northeast Syria at the turn of the 20th century, and brings together works that evolved through presentations in Marrakech, Paris, Berlin, Rotterdam, Hamburg, Beirut, Nîmes, Paris and New York.

In 1929 Tabet’s great-grandfather, Faik Borkhoche, was appointed by the governing authorities of the French Mandate stationed in Beirut as von Oppenheim’s secretary to gather information on the excavations the latter was conducting in the village of Tell Halaf in Syria. This encounter leads Tabet to uncover a story that connects his family to major historical figures. He raises questions on the survival of heirlooms, the preservation of archeological artifacts, cultural appropriation, museological practices, and migration patterns.

FRAGMENTS includes a performance, drawings, sculptures, personal belongings and ready-mades which, together, become a multifaceted large installation. Against the backdrop of complex contemporary geopolitics, Tabet reconstructs the material remains of the Tell Halaf temple, tracks stone reliefs scattered in museums around the world, and assembles carpet fragments. Following the deconstruction and reconstruction of remains through the accidents of history, across time, generations and continents, the project draws on autobiographical notes and self-directed research, to explore stories that offer an alternative understanding of major events through individual narratives