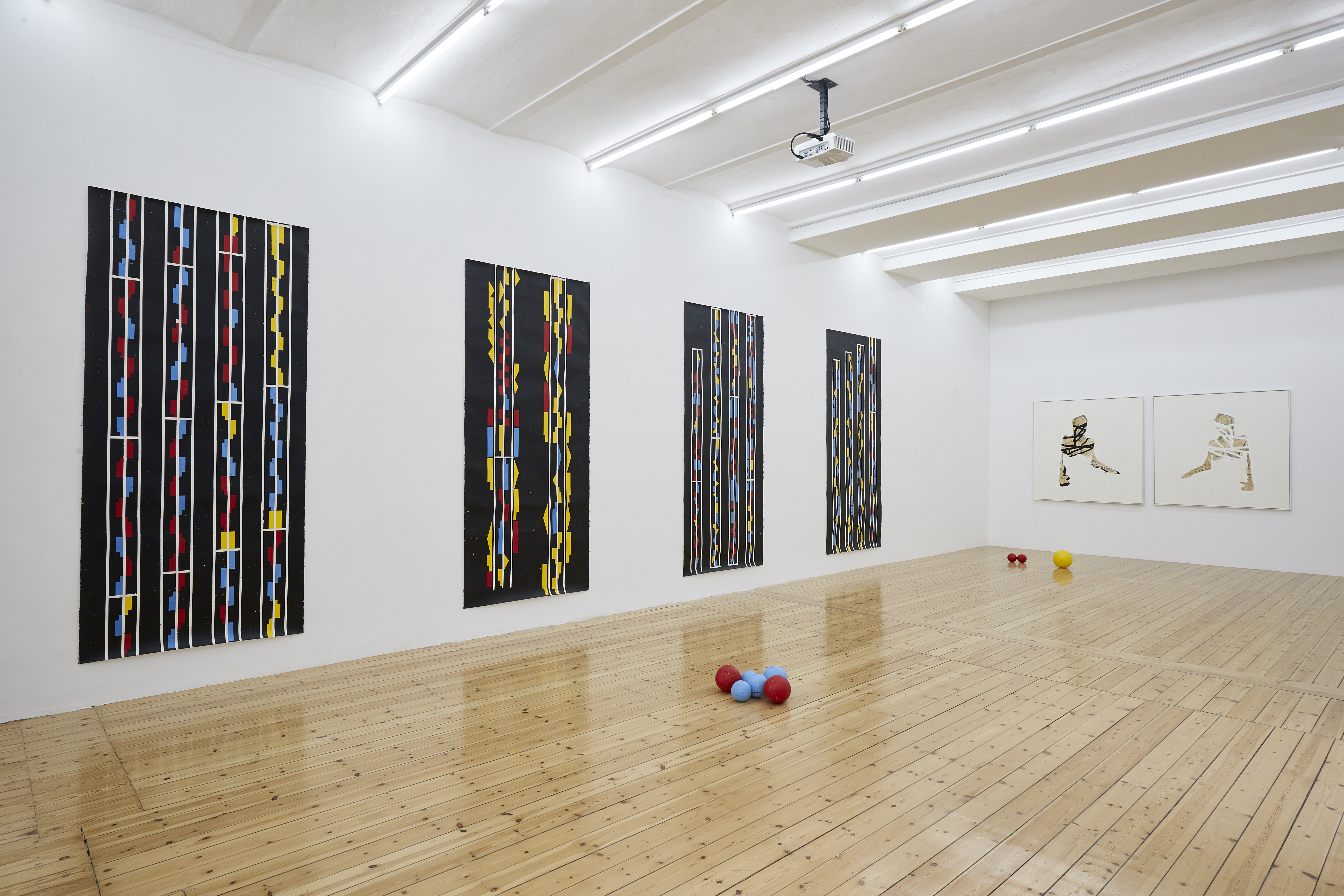 Ania Soliman is an Egyptian, Polish, and American artist who grew up in Baghdad, and currently lives in Paris. She makes large scale drawings based on digitized imagery and archival material, while also working with text, performance, video and installation.

Her research-based practice focuses on processes of translation between different cultures and their representations. She is especially interested in how this determines our relationships, both real and imaginary, between nature and technology.

Through processes of tracing, desaturating, smudging, coloring, and embellishing, she transforms source materials into layered drawings that often repeat a motif since they represent the action of conflicting ideas working themselves out. Her works function as icons for unconscious negotiations between our bodies and the culturally determined languages that occupy our minds.

Ania Soliman’s work has been exhibited at the Castello di Rivoli, Turin (2018), the Museum der Moderne in Salzburg (2016), the Museum of Contemporary Art at Antwerp (2015), the Whitney Biennial (2010), the 14th Istanbul Biennial (2015), the Museum der Kulturen in Basel (2014), and the Drawing Center in New York (2000), among other venues, and she has recently done lecture-performances at the Global Art Forum in Dubai and Singapore. She attended Harvard College and Columbia University before participating in the Whitney Independent Study Program. In 2010 she was awarded the Laurenz-Haus residency in Basel, Switzerland.