The Unknown Letters series was inspired by the life and teachings of the Arabic calligrapher Ibn Mugla who believed that there were letters missing in Arabic alphabet, and claimed the he had found them. Nasseri theorizes that Ibn Mugla found the missing letters in the constellations of stars. in order to find them he reconstructed the stars above Baghdad using astronomical measuring tools from that period and attempting to extract the letters forms from those maps. The result is a series of works trying to create order and understanding of the universe through mathematics and logic. 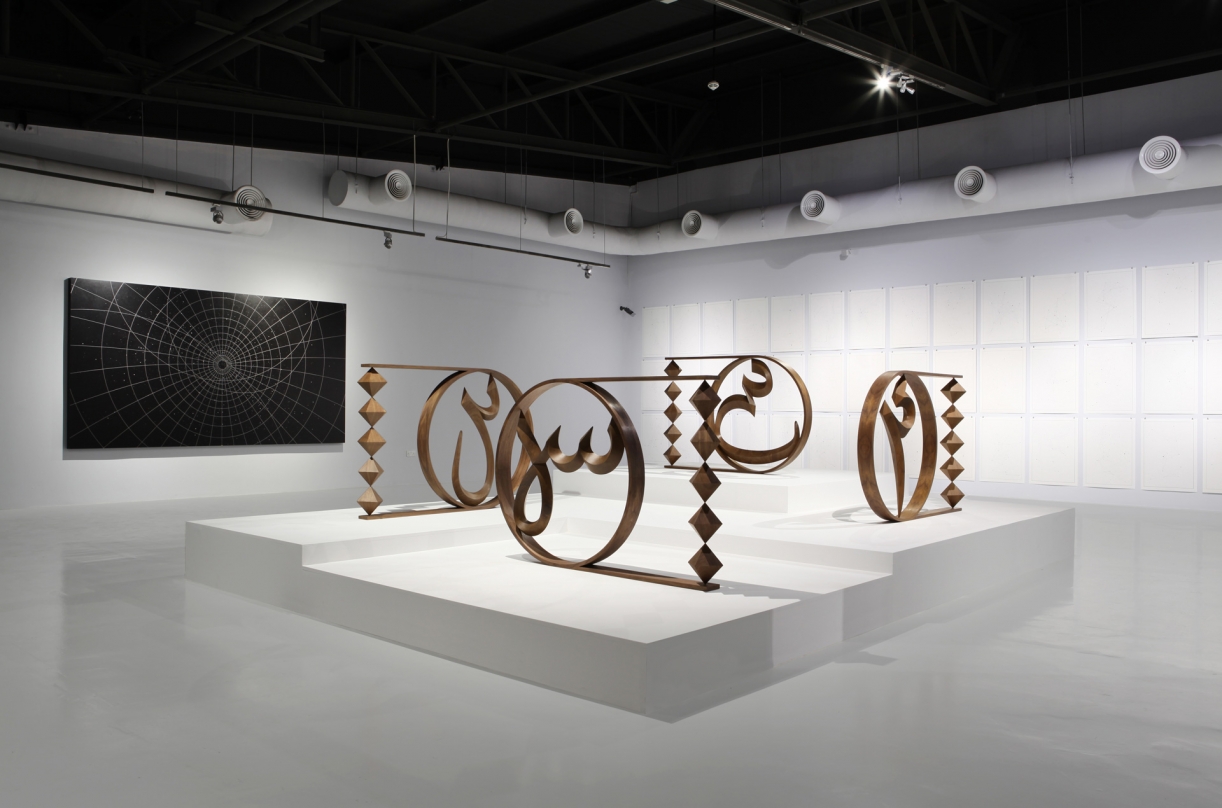 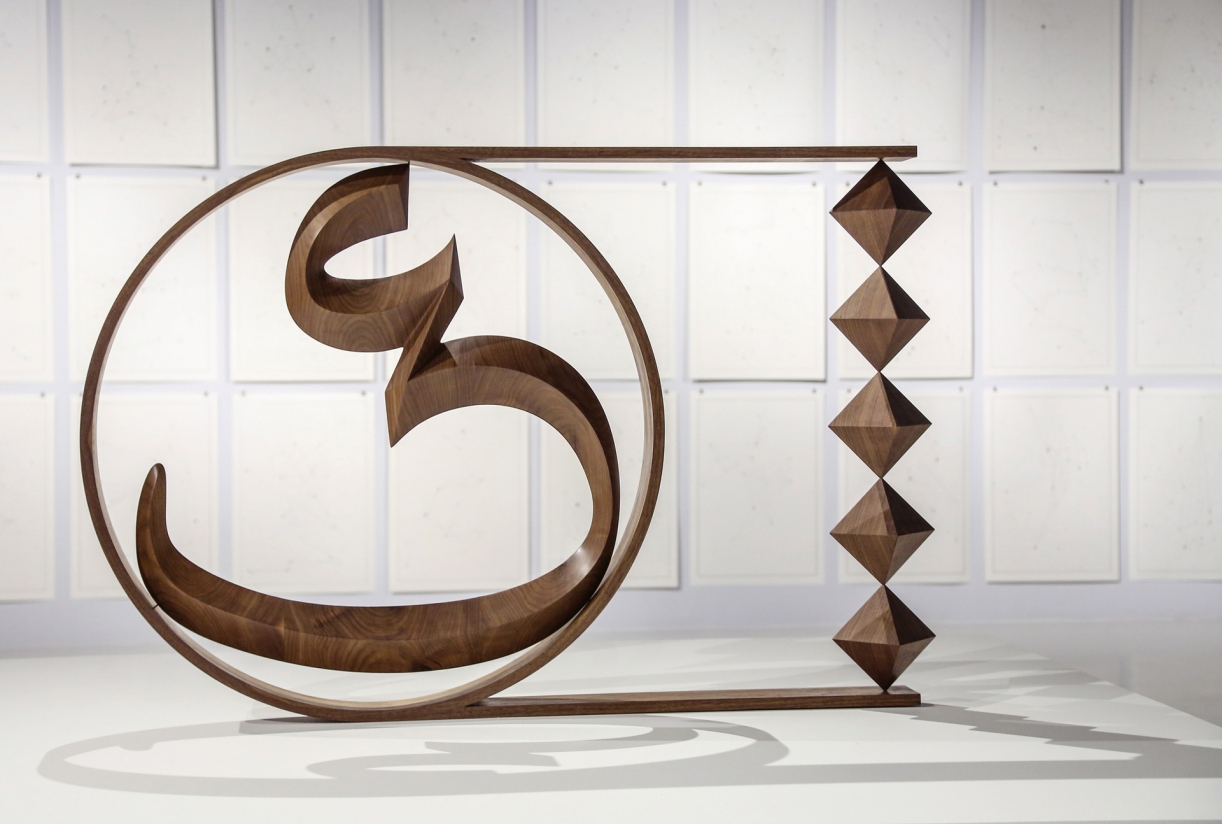 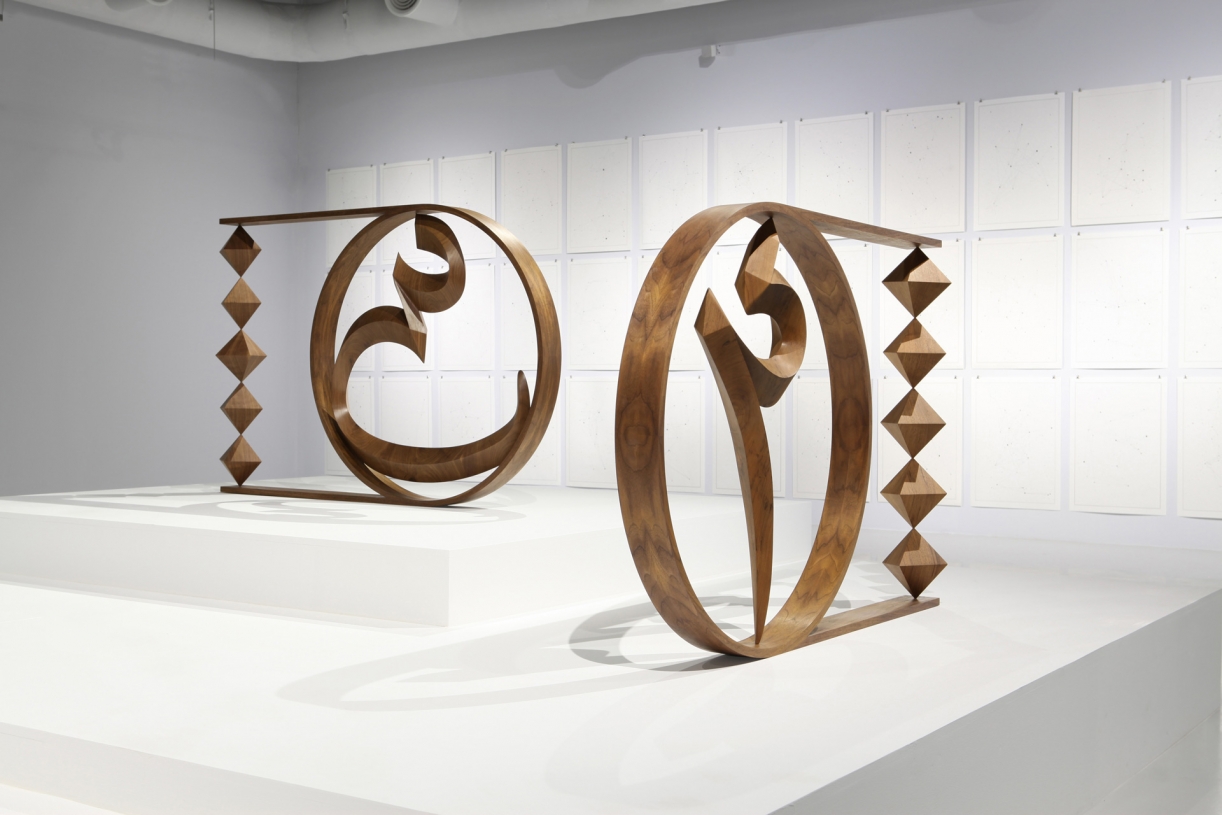 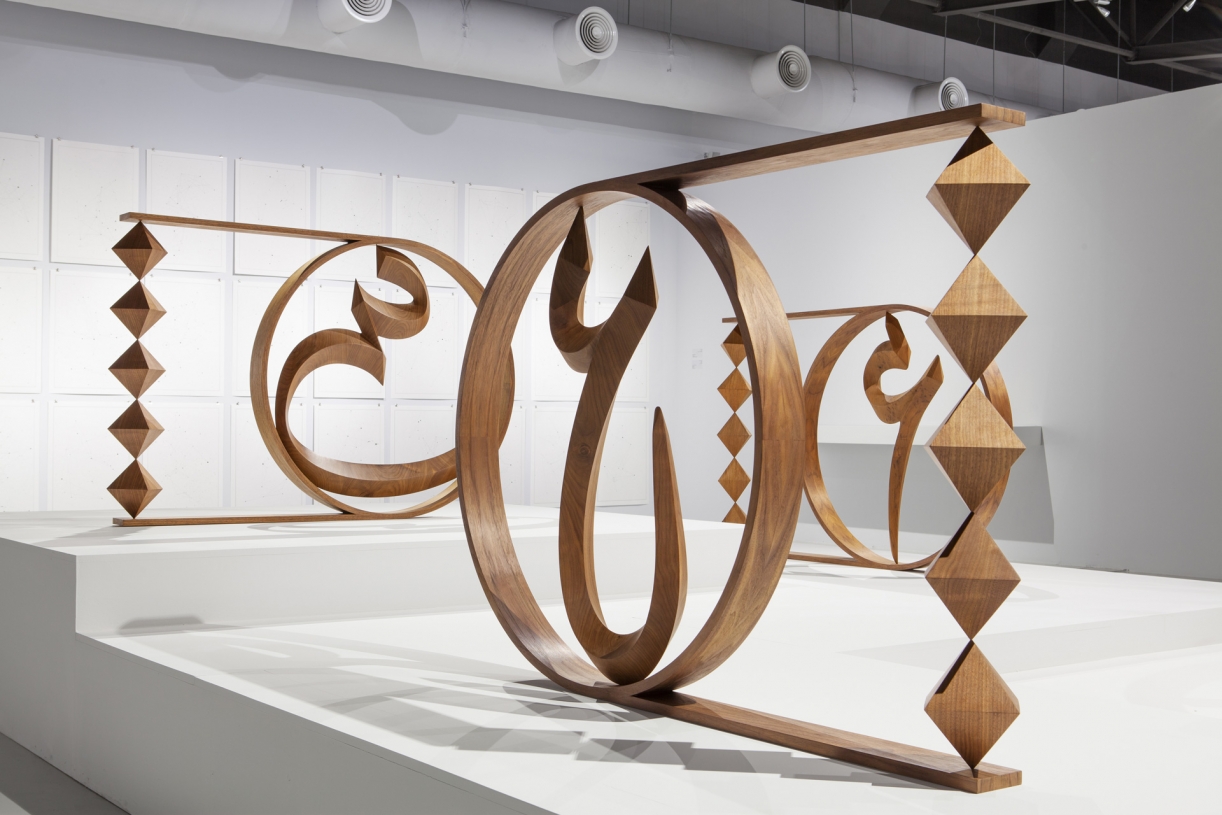 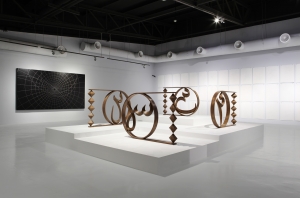 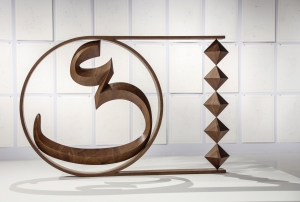 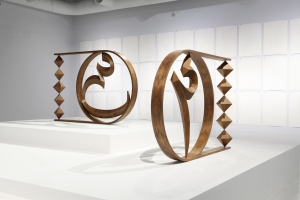 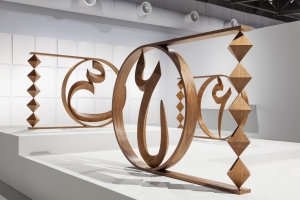