In 2016 Lawrence Abu Hamdan worked with Amnesty International and Forensic Architecture to produce an acoustic investigation into the Syrian regime prison of Sayndaya 25km North of Damascus, where over 13,000 people have been executed since the protests in 2011 began. The prison is inaccessible to independent observers and monitors. The memory of those few who were released is the only resource available from which to learn of and document the violations taking place there. However, the capacity of detainees to see anything in Saydnaya was highly restricted as mostly they were kept in darkness, blindfolded or made to cover their eyes. As a result, the prisoners developed an acute sensitivity to sound. Abu Hamdan worked with survivors’ earwitness testimony to help reconstruct the prison’s architecture and gain insight as to what is happening inside. Since the investigations completion Abu Hamdan has been developing a growing body of evidence that pertains to the projects more fragile truths; works in which human memory, architecture, violence, and the processes of reconstruction are entangled and become irreducible to the language and urgency of human rights and advocacy.

Saydnaya (the missing 19db) is the first of a series of articles of evidence produced by Abu Hamdan that pertain to the projects more fragile truths. The installation presented here is an automated scenography containing a sound work and a light box. The sound piece is played back in a darkened room from a dimly lit mixing desk/sound board on which the volume controls are motorized and autonomously move according to the voices one is hearing in the room. The light box documents the way in which the whisper of the inmates became 4 times quieter after the 2011 protests began; showing a decreasing sound level, from right to left, of a voice speaking at normal conversational volume, a voice demonstrating the level at which one could speak in Saydnaya before 2011and finally the level at which one could speak after the 2011 protests. The 19 decibel drop in the capacity to speak stands as testament to the transformation of Saydnaya from a prison to a death camp. In these 19 decibels we can hear the disappearance of voice and the voice of the disappeared.

The Saydnaya (the missing 19db) was commissioned by the 13th Sharjah Biennial.

"‘Ray tracing’ is a tool for digital visualisation used in architectural design to map all the potential acoustic leaks throughout a building. Each line speculatively models the way a sound wave reflects off the walls, floors and ceilings to produce an architectural ultrasound scan. Here, ray tracing is not applied as a design tool but rather to understand the acoustic constitution of Saydnaya.

These ray traces give a very different image of incarceration - they show that the experience is not only not being to leave ones’ cell, but that one cannot control the sounds that are coming in. In these drawings space is not defined by its separate architectural elements but rather as an environment composed of reflective surfaces. Visually it is just about possible to make out the shape of the stairs or the central cylindrical watchtower in the way the lines bounce off their surfaces and collide with the walls and floors around them. However, these are not designed to allow us to see the space but rather to see the way in which a building sounds." 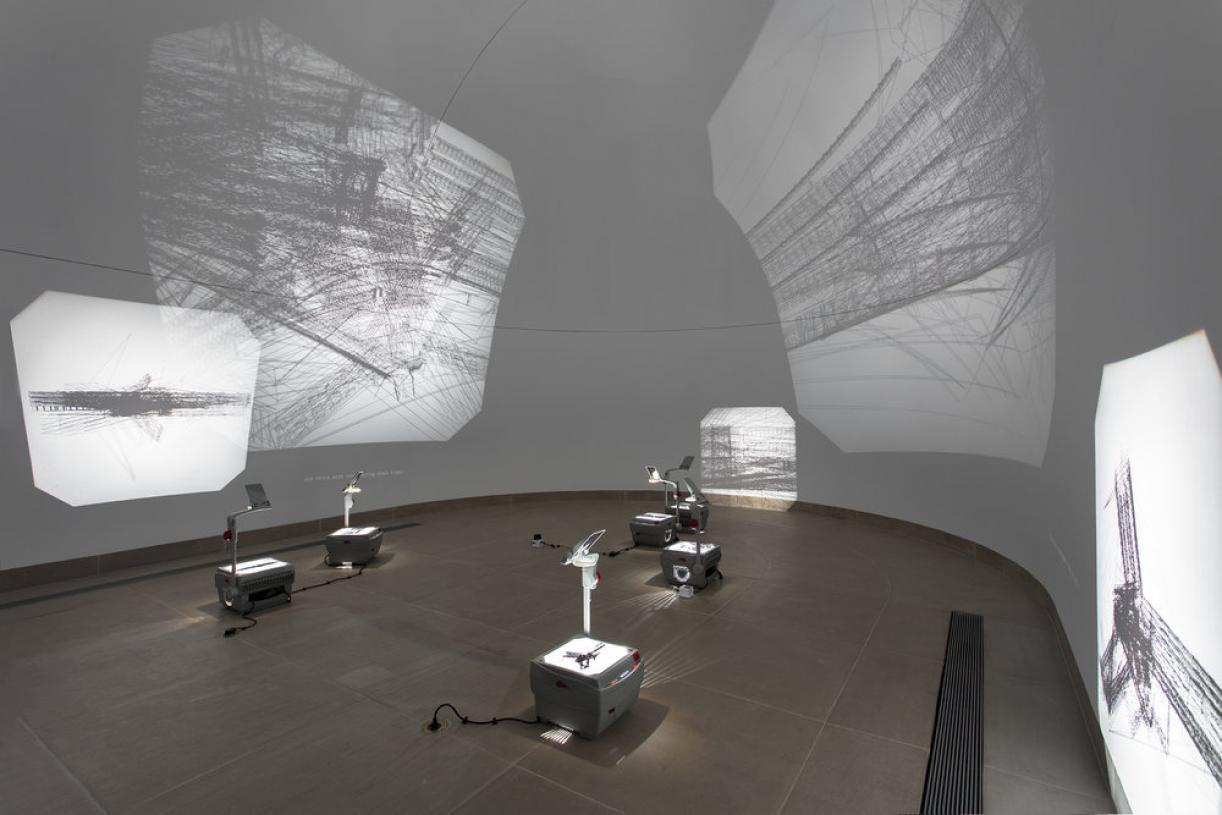 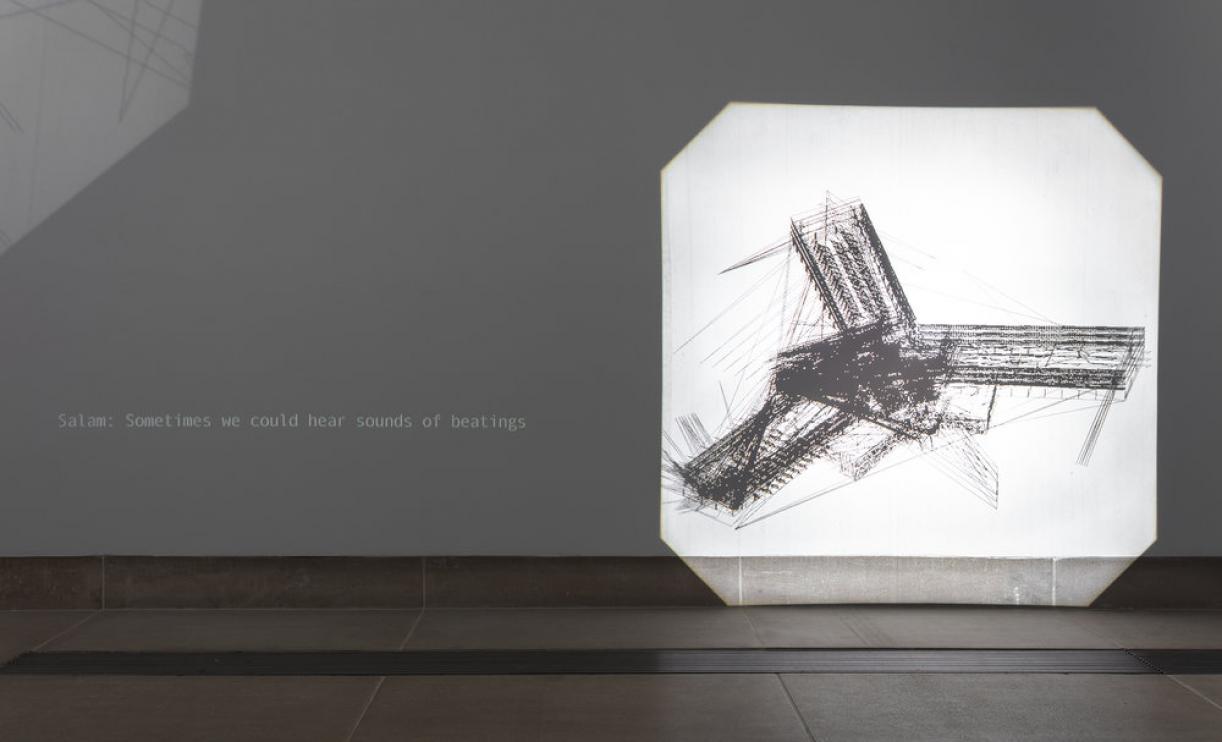 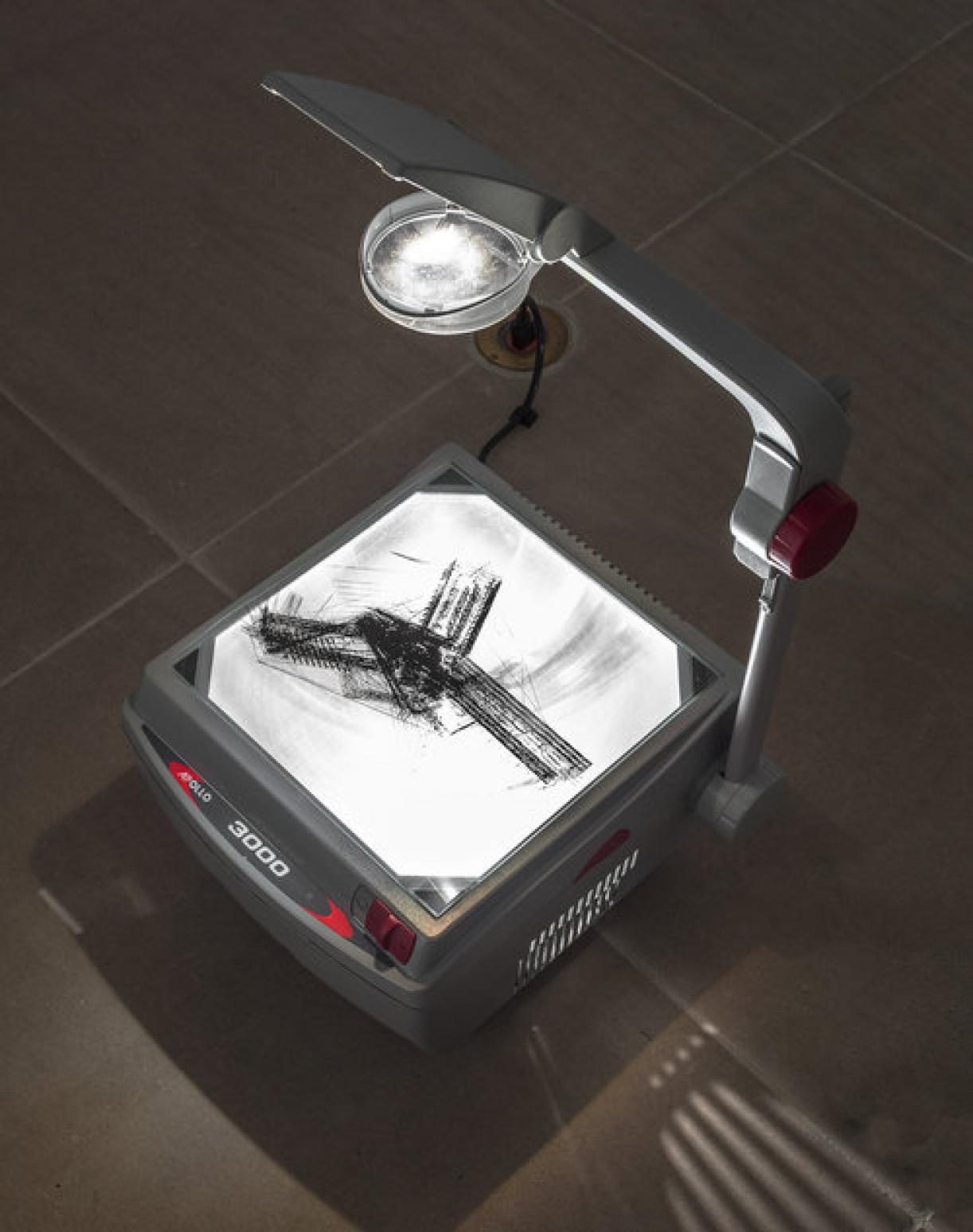 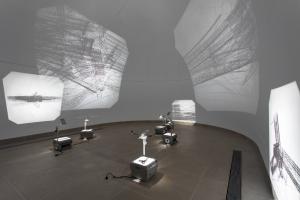 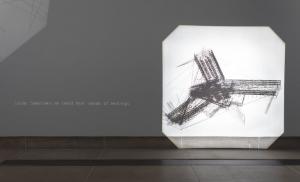 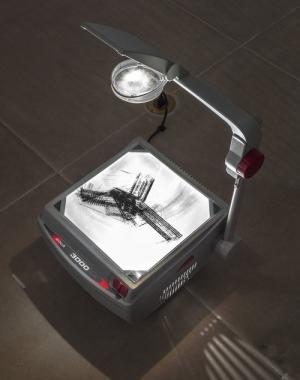