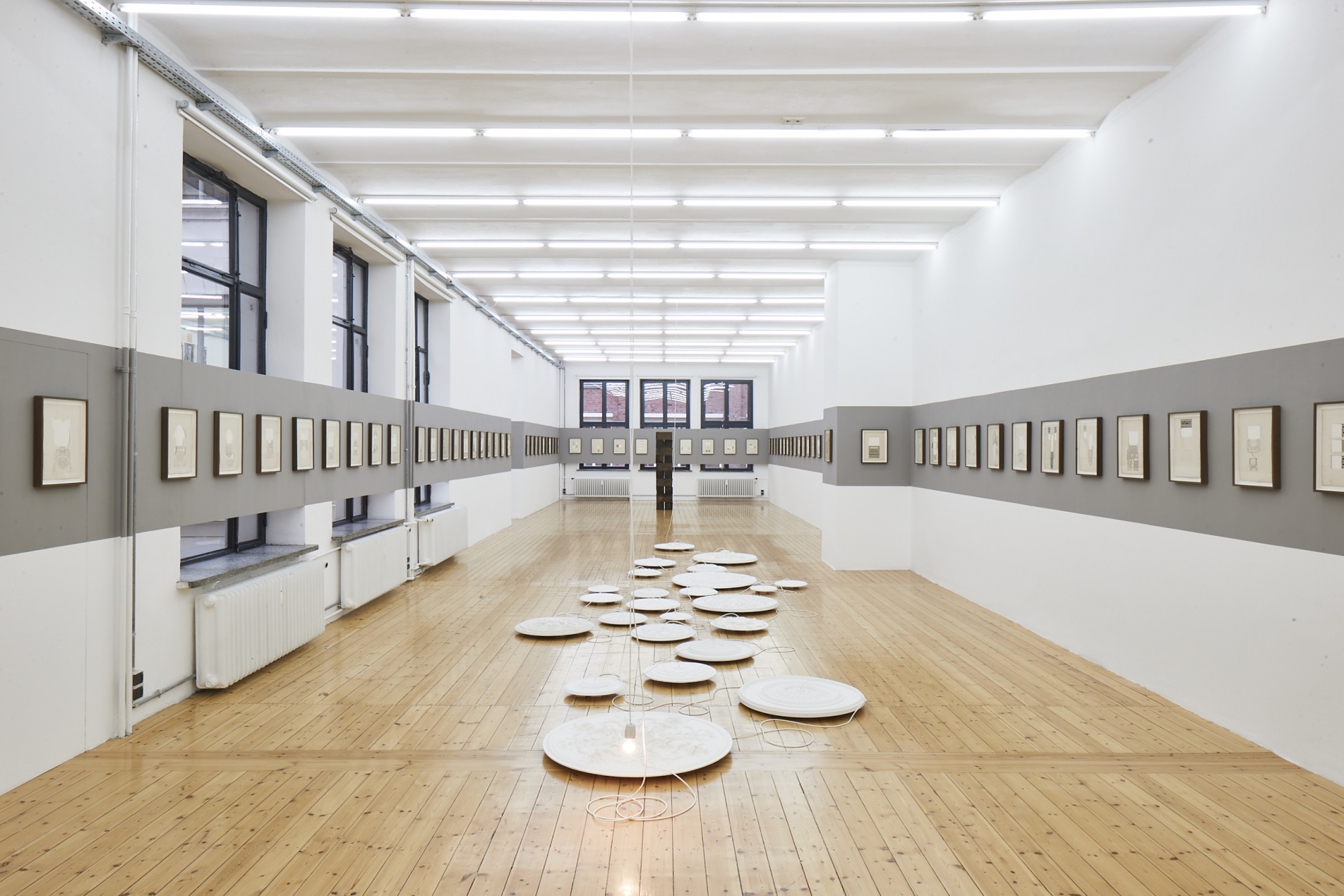 In his latest show opening at Galerie Sfeir-Semler in Hamburg, Lebanese artist Rayyane Tabet tackles themes of cultural appropriation and original context through the lens of the arabesque, a stylized ornamental pattern found in all genres of art. The word itself originally meant “in the Arabic style” in Italian. Today, it still indicates an ornamental design consisting of intertwined flowing lines but interestingly, does not exist in the Arabic language.

Language is shaped by values, cultures and societies to express subjective points of view. Over centuries languages have changed, and words have been developed to name anything new or foreign: the term Arabesque was therefore a purely European concept, coined to describe designs thought to have been encountered throughout the Arab world. Although these designs were at the core of artistic expression -in a region where figurative representation was prohibited- they were henceforth largely perceived as patterned crafts.

Rayyane Tabet's exhibition Arabeske combines complex thoughts, historical facts, coincidental encounters and emotions. While reframing basic shapes and lines from their individual context, he maps out the migration of ideas across time and space that culminates in questions of heritage, appropriation, subjectivity and perception.