Yto Barrada's exhibition Double Skin (Casa Luis Barragán, Mexico City, 2019) dealt with notions of aesthetic ambiguity which resonate with many aspects of Barragán’s work and life. Double Skin engaged Barragán’s deep interest in magic and enigma, which he understood to be crucial elements of architecture, as well as with his use of the formal and symbolic tension between concepts such as opacity/clarity, desire/restriction, openness/enclosure.

In the studio space of Barragán’s house, Barrada covered the walls with a second skin: a wallpaper from the series Paste Papers (2019). These works are based on designs she found in different books belonging to Luis Barragán, such as: The Grain Silo-Citadels of Morocco; Coatlicue; The Art of Gardens; Max Ernst; Spanish Andalucia and Parables and Evangelical Allegories, among others. The practice of decorating book covers and endpapers with paste paper designs dates back to the seventeenth century. Originally used by bookbinders, paste paper was also applied to line drawers in modest homes. Barrada amplifies this discrete function in her piece by transforming the paste paper into an exterior ornament for the studio walls, thus bringing intimacy into full view. This gesture of transportation acts as a rich metaphor for the many ambiguities implicit in Barragán’s life and work.

Dispersed throughout the rooms of the house, five chromatic collages, the Practice Pieces (Color Charts) (2019), made with hand-dyed silk velvets. Inspired by dyers, and the color chart sampling systems used in textile conservation, these pieces are inscribed within Barrada’s long-standing interest in educational materials, platforms, and structures. Both Mexico and Morocco boast long histories of natural dye production, including cochineal, indigo, and Tyrian purple.

Lastly, in the library of the house: the short film Horsehair, Confetti, and Rice (2019), projected directly onto a yellow monochrome painting made in Barragán’s architecture studio. The film is a piece of experimental cinema, with a strong emphasis on materials and textures, in which a wealth of colors and shapes unravel. The hallucinatory quality of the film also alludes to historical artistic imaginaries that stem from both Mexico and Morocco. As such, the exhibition paid homage to the strong influence of Morocco’s vernacular architecture—and the country’s material culture in general—on Barragán’s, and his friend and notable collaborator Mathias Goeritz’ architectural oeuvres. 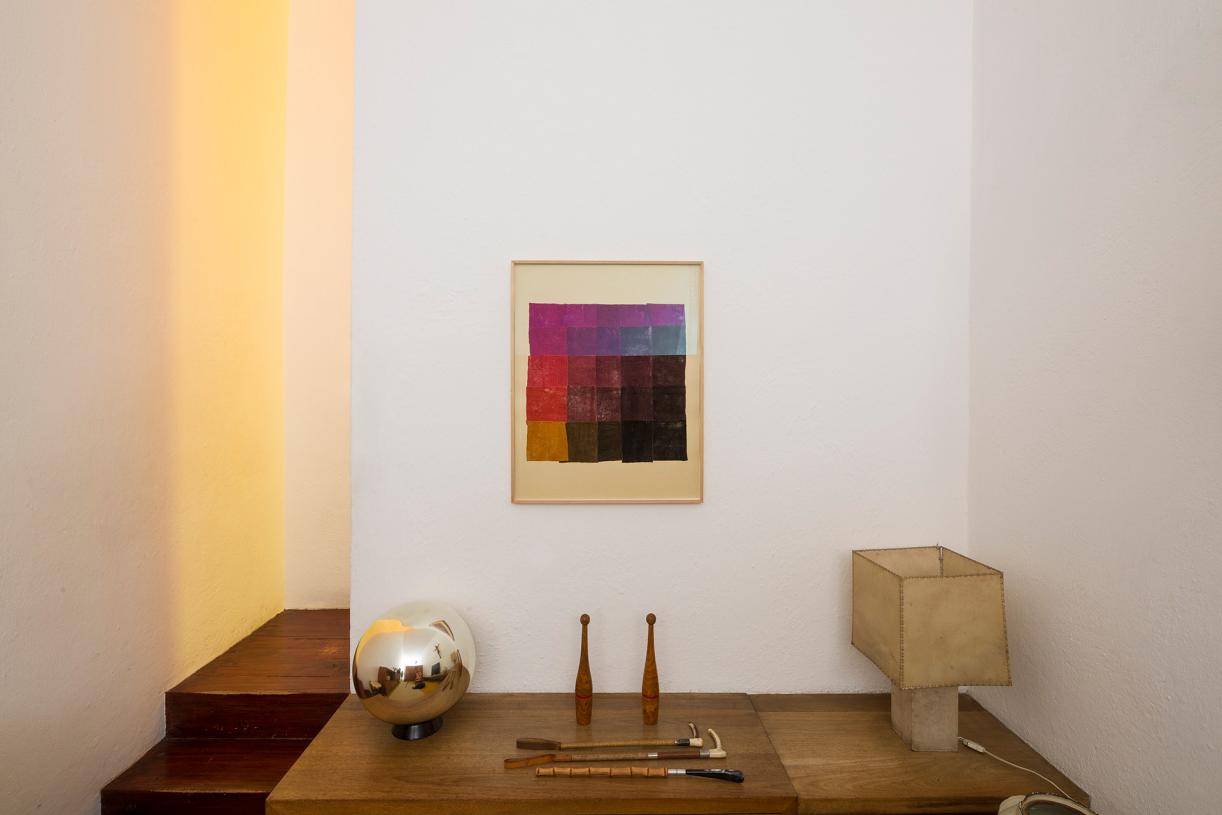 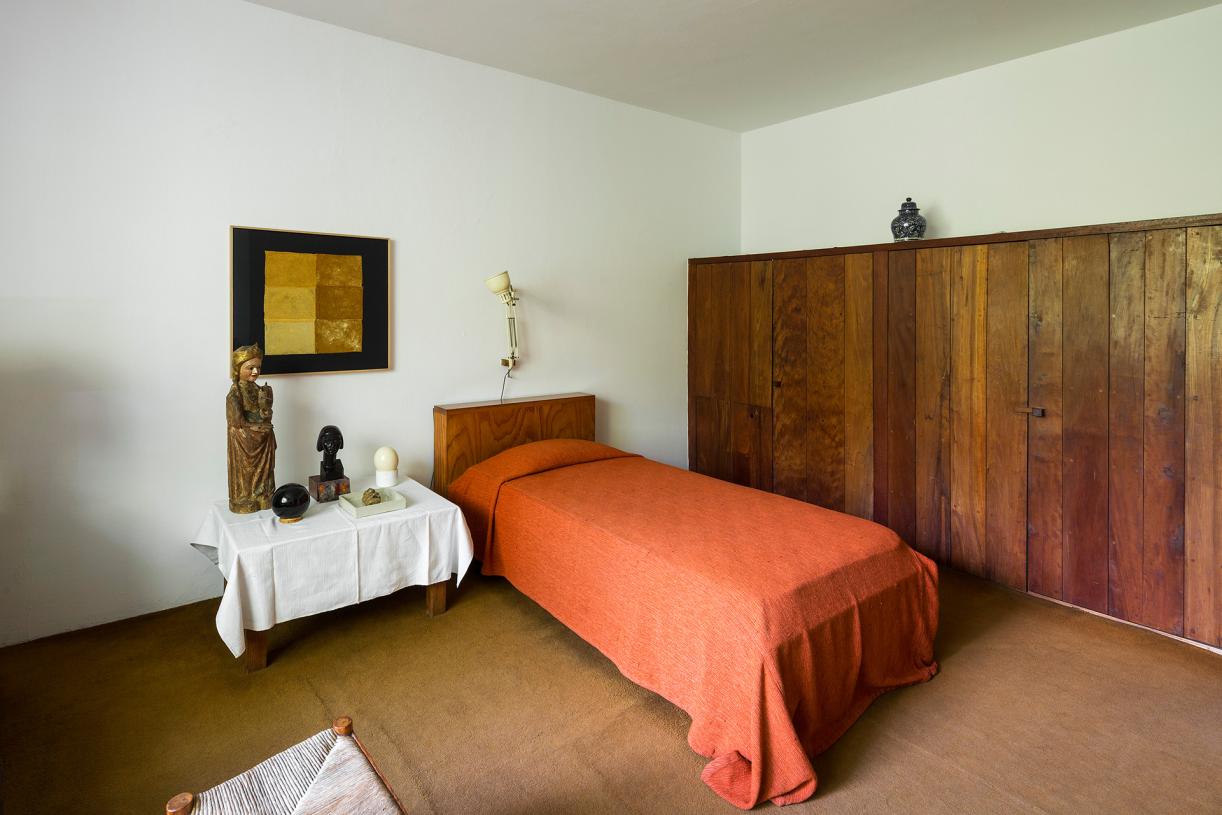 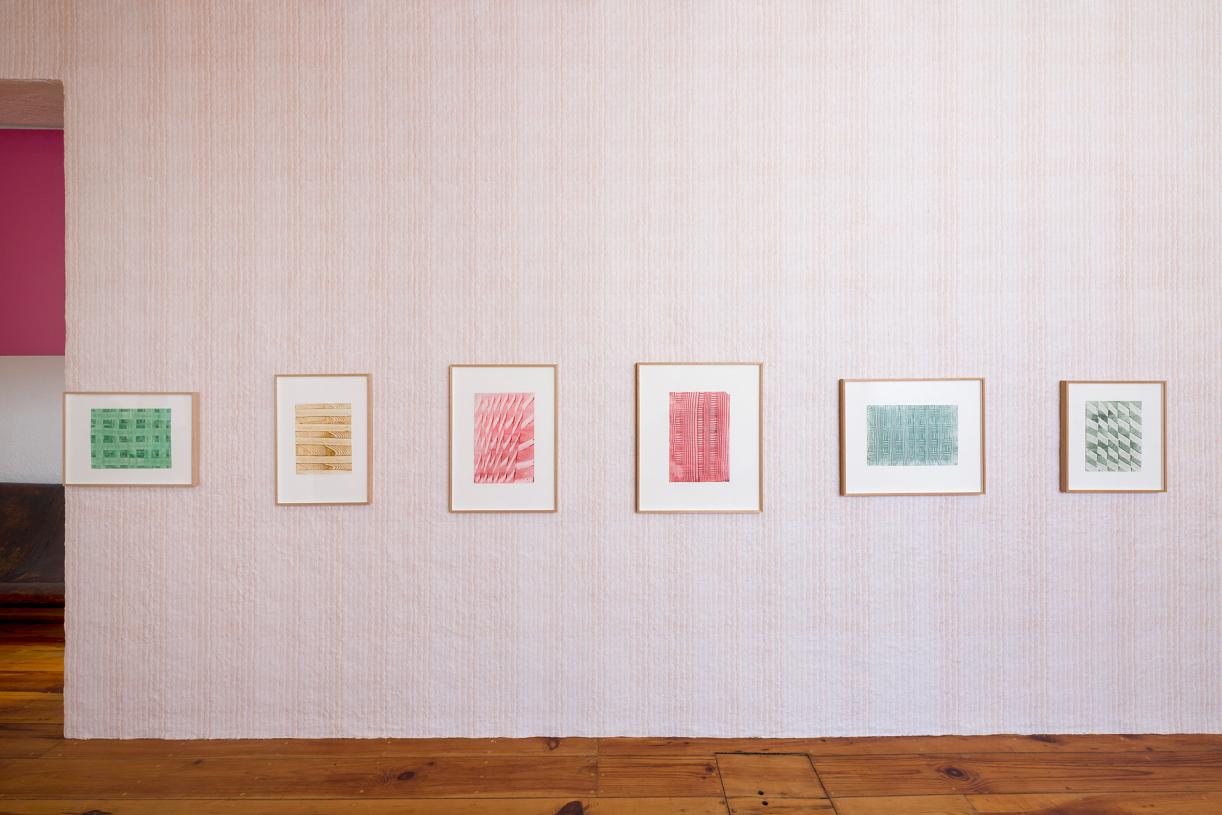 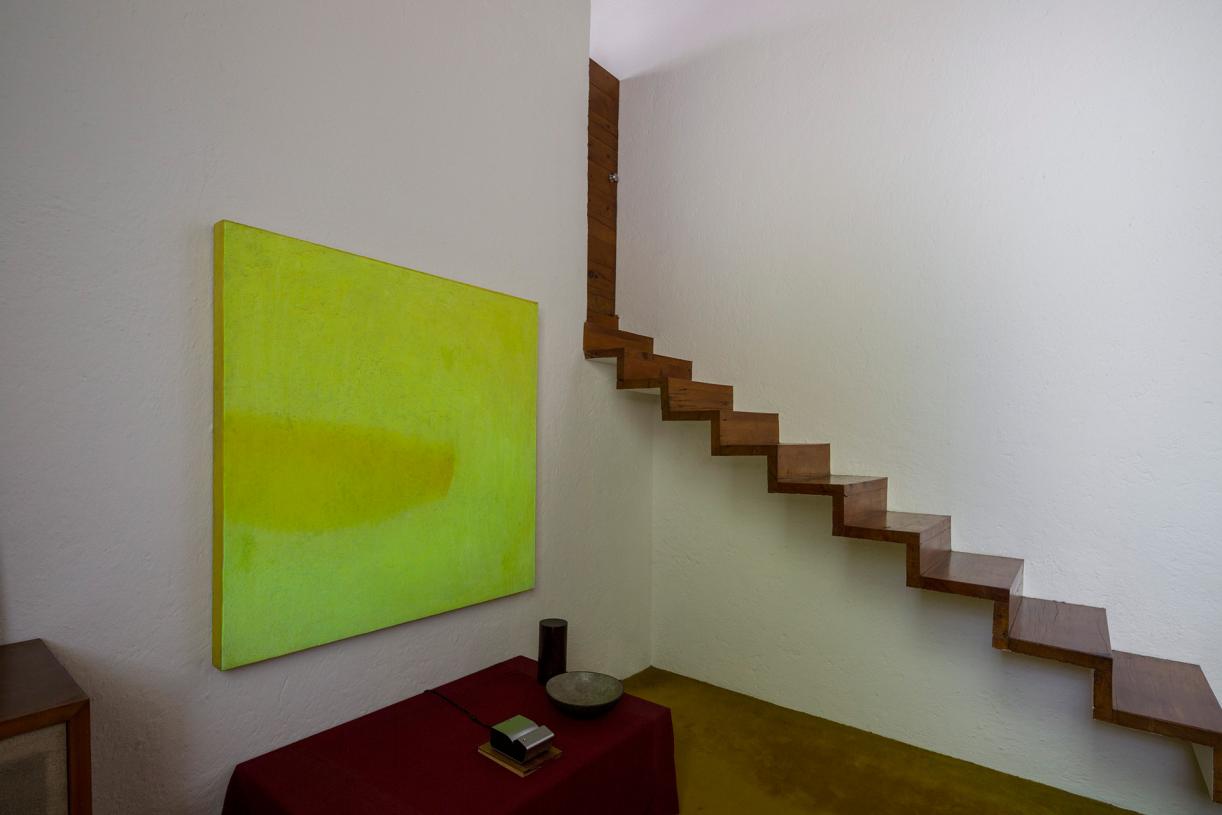 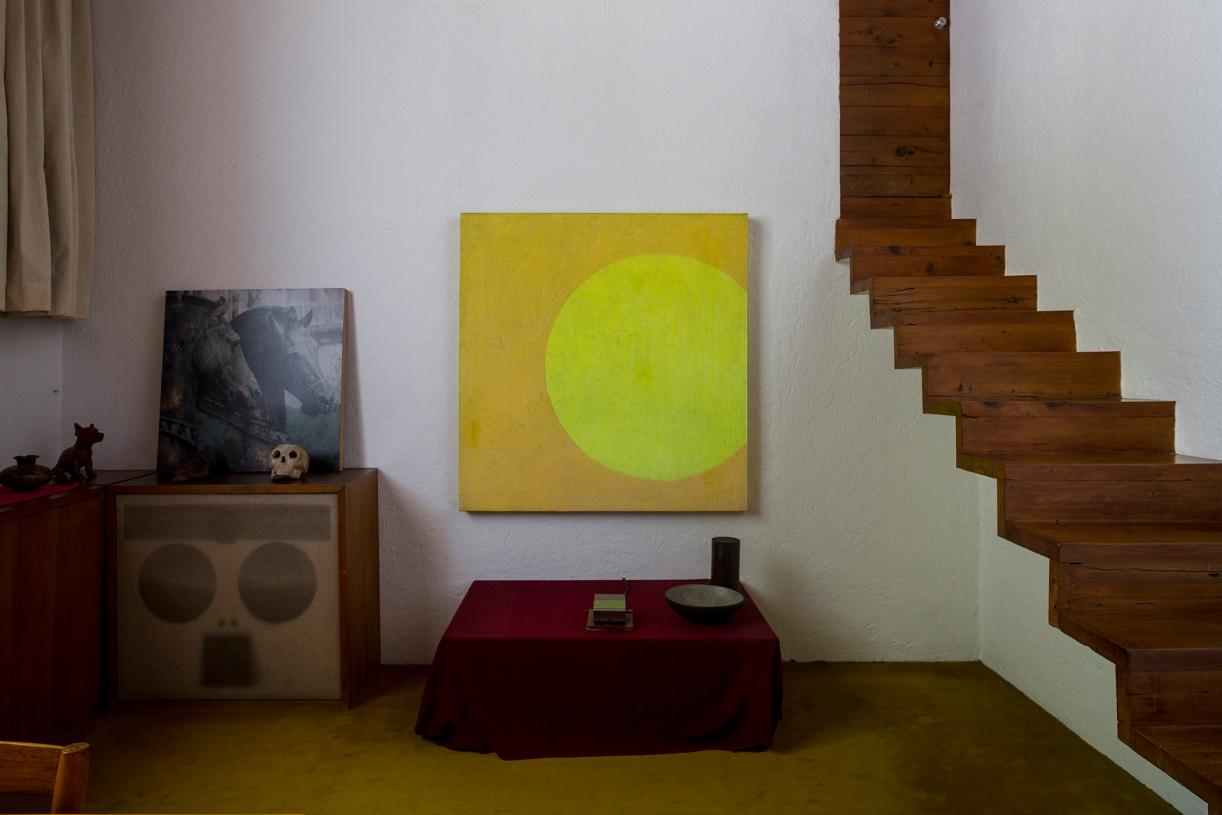 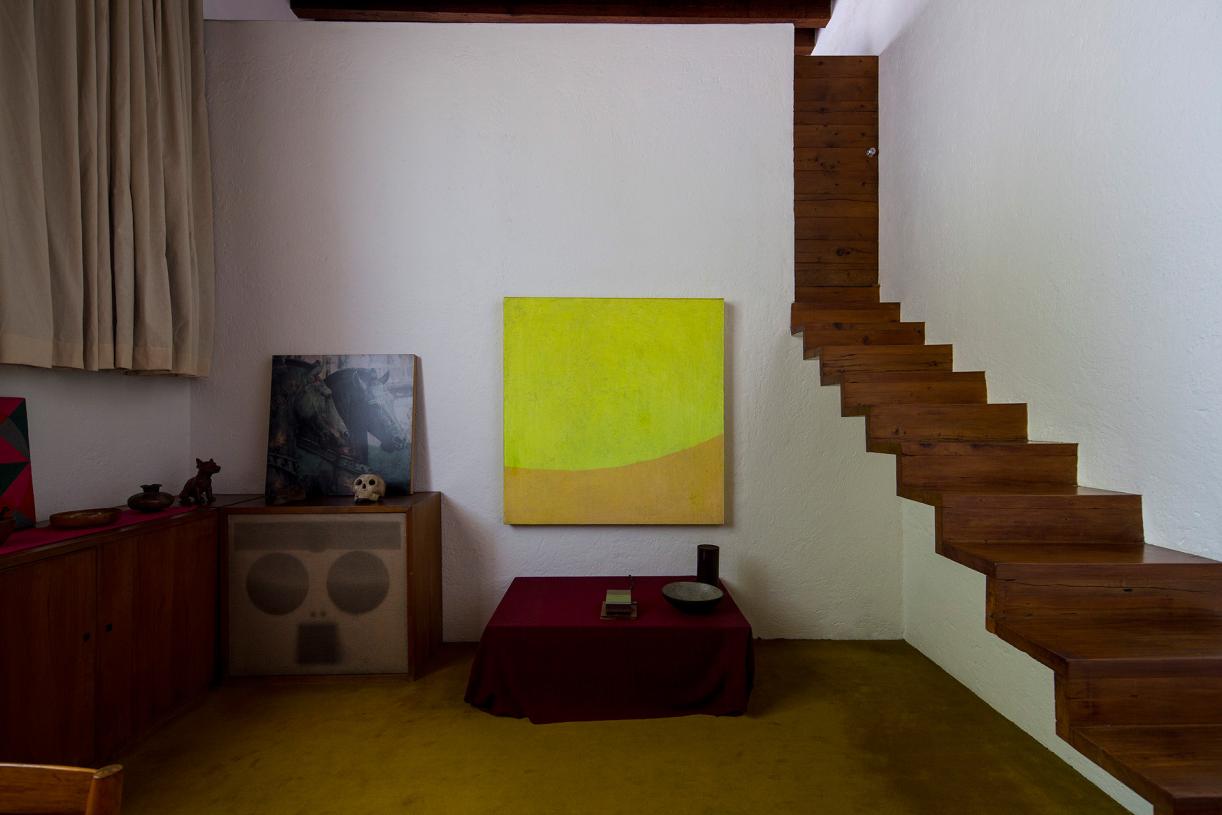 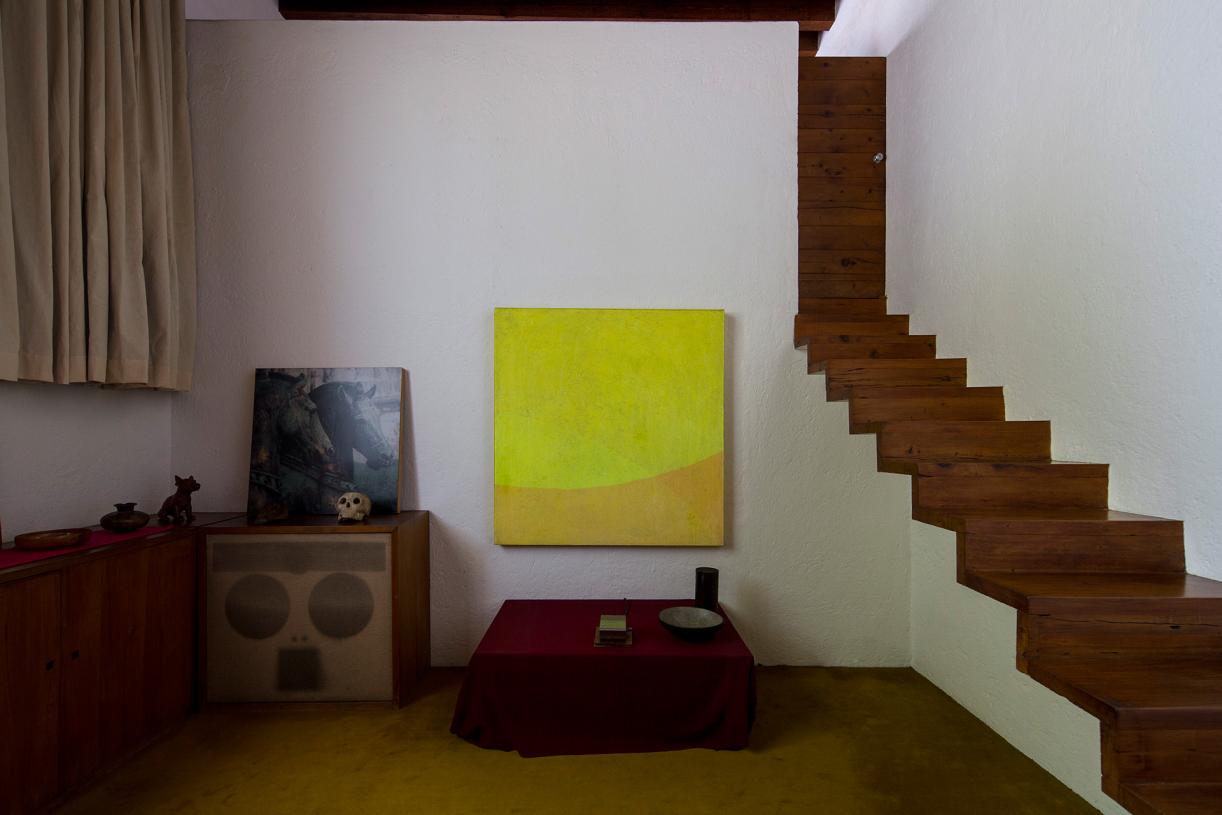 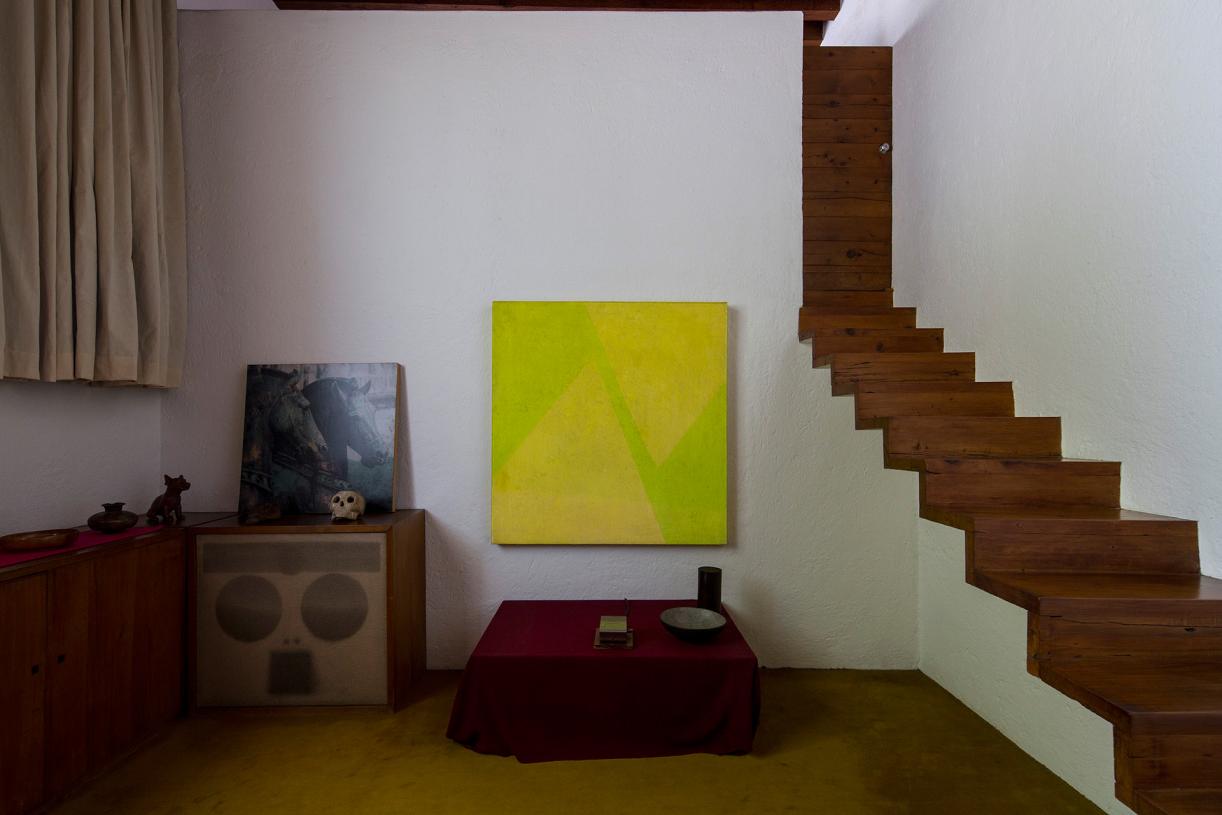 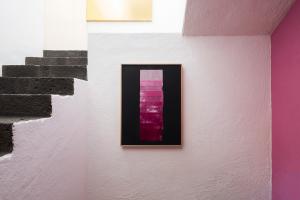 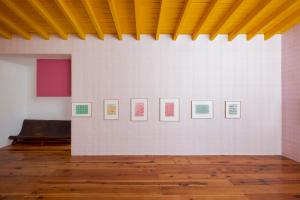 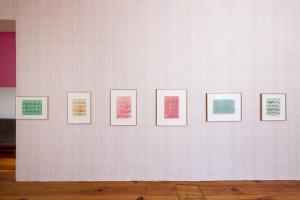 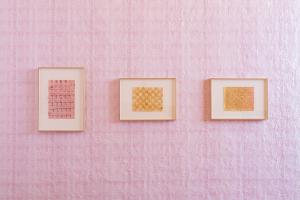 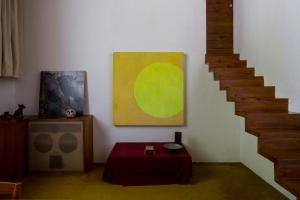 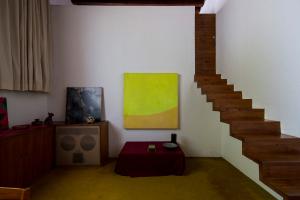 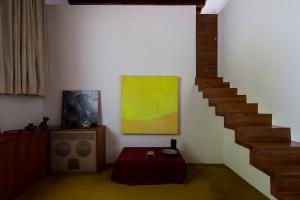 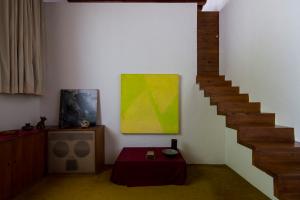