In the series Calligraphies Timo Nasseri avails himself of the fascination arising from the order and symmetry to create an irritation. In the Islamic culture Calligraphy is seen as the noblest form of ornament. The art of beautiful writing is one of the primary forms of expression and is closely linked to religion. Unlike in the West there is no distinction between image and text. Calligraphy combines the image and written word, letting it become an image itself. The writing gains three-dimensionality. Nasseri’s relief objects, made of thick wood, covered with shining chrome and mounted on the wall, are words like Shafag, Fadjir or Noor, refer to the hours of ritual prayer and at the same time they name brutal Iranian weapon system. In this manner Nasseri demonstrate the the coexistence of religious and military context of language and it´s inherently enigmatic character. 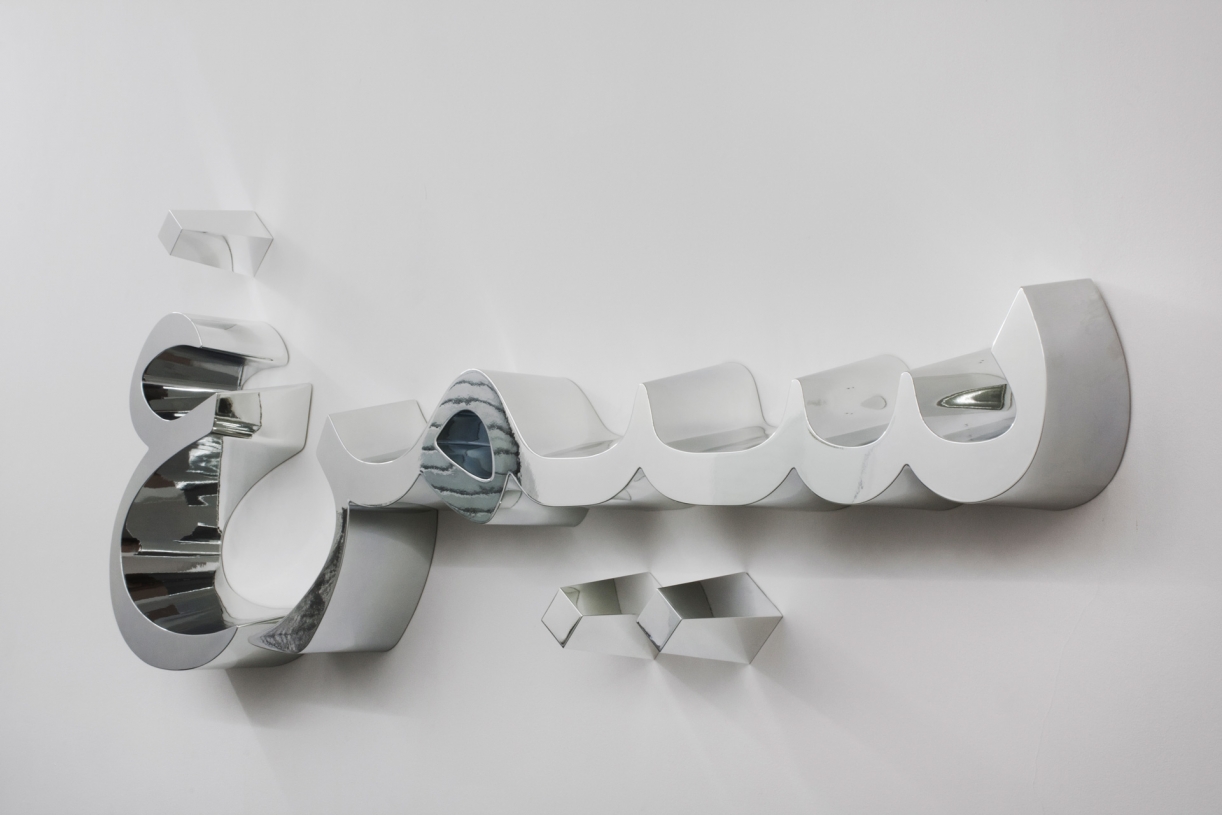 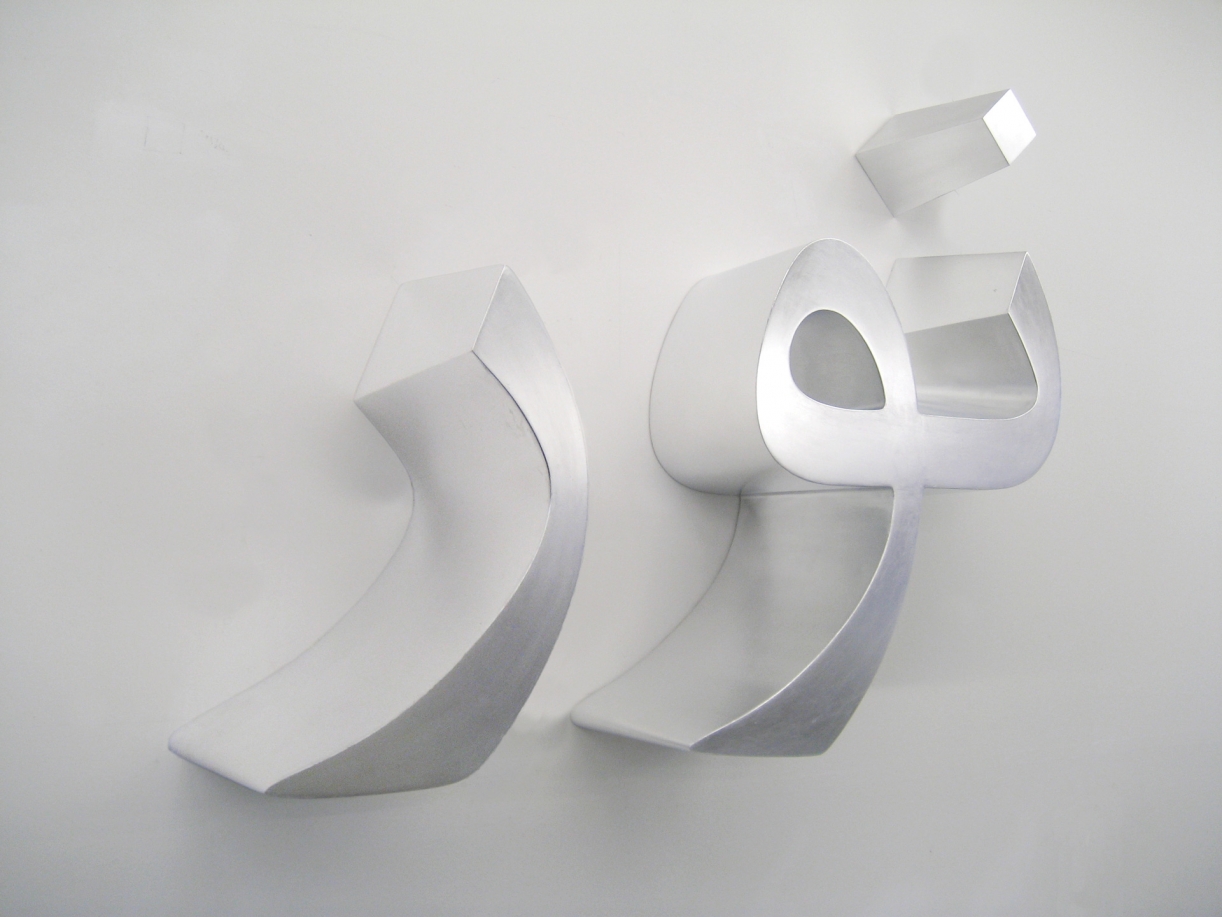 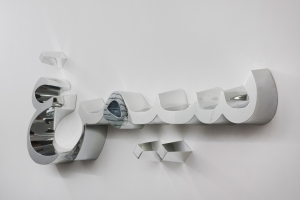 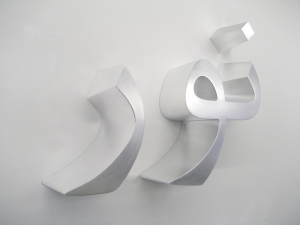 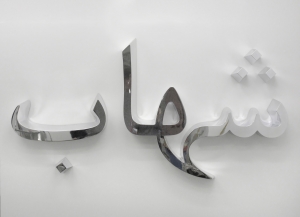 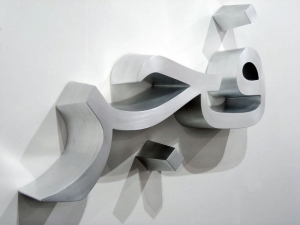